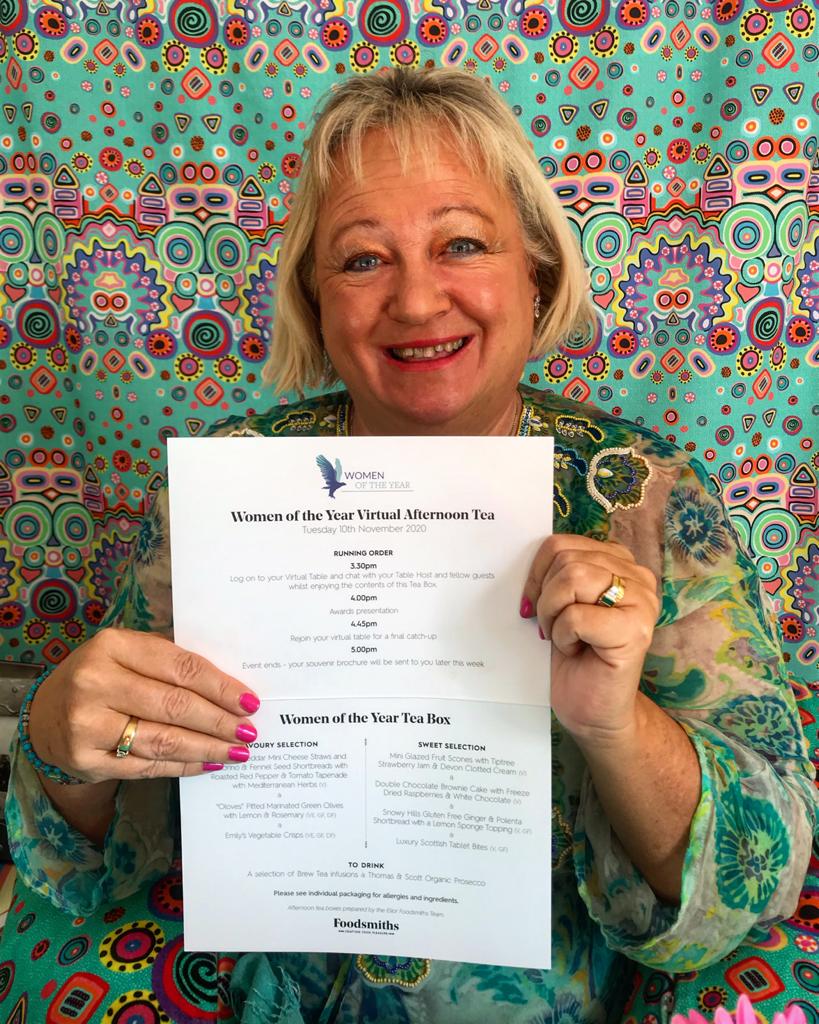 The 66th annual Women of the Year lunch was held yesterday as a virtual afternoon tea. Lisa Todd was thrilled to be one of the 400 women invited.

The hilarious Mel Giedroyc hosted the awards wearing a “lockdown look” many of us will recognise; a posh blouse on the top and sliders with socks and yoga pants on the bottom.

Lisa introduced herself and told the women about suffering from cervical dystonia (the neuromuscular condition which caused her career change). She shared tales about contributing artwork for the family liaison room, staff hub and entrance of the Bristol Nightingale Hospital and about her potentially record-breaking scarf collection (the scarves help support her neck as well as looking lovely). Kathy Lette stood up and applauded Lisa for her accomplishments. The company was excellent, and the afternoon tea delicious: scones, brownies, prosecco and tea were sent to the guest’s houses.

Adwoa Dickson and The Amies Freedom Choir won the Community Spirit Award. The choir is a singing project aimed to give a voice to the victims of human trafficking in the UK: every singer is a survivor of modern slavery. Hearing about the women’s experiences and seeing the portraits of the women with flowers in their hair, as featured in The Guardian, was especially poignant.

Lisa was thrilled to meet and bond with such inspiring women and to receive her in-person invite to next year’s event. As Kathy Lette put it on Twitter: “See you next year in the flesh, swinging from a chandelier.”

Find out more about Women of the Year and watch back the live event here.