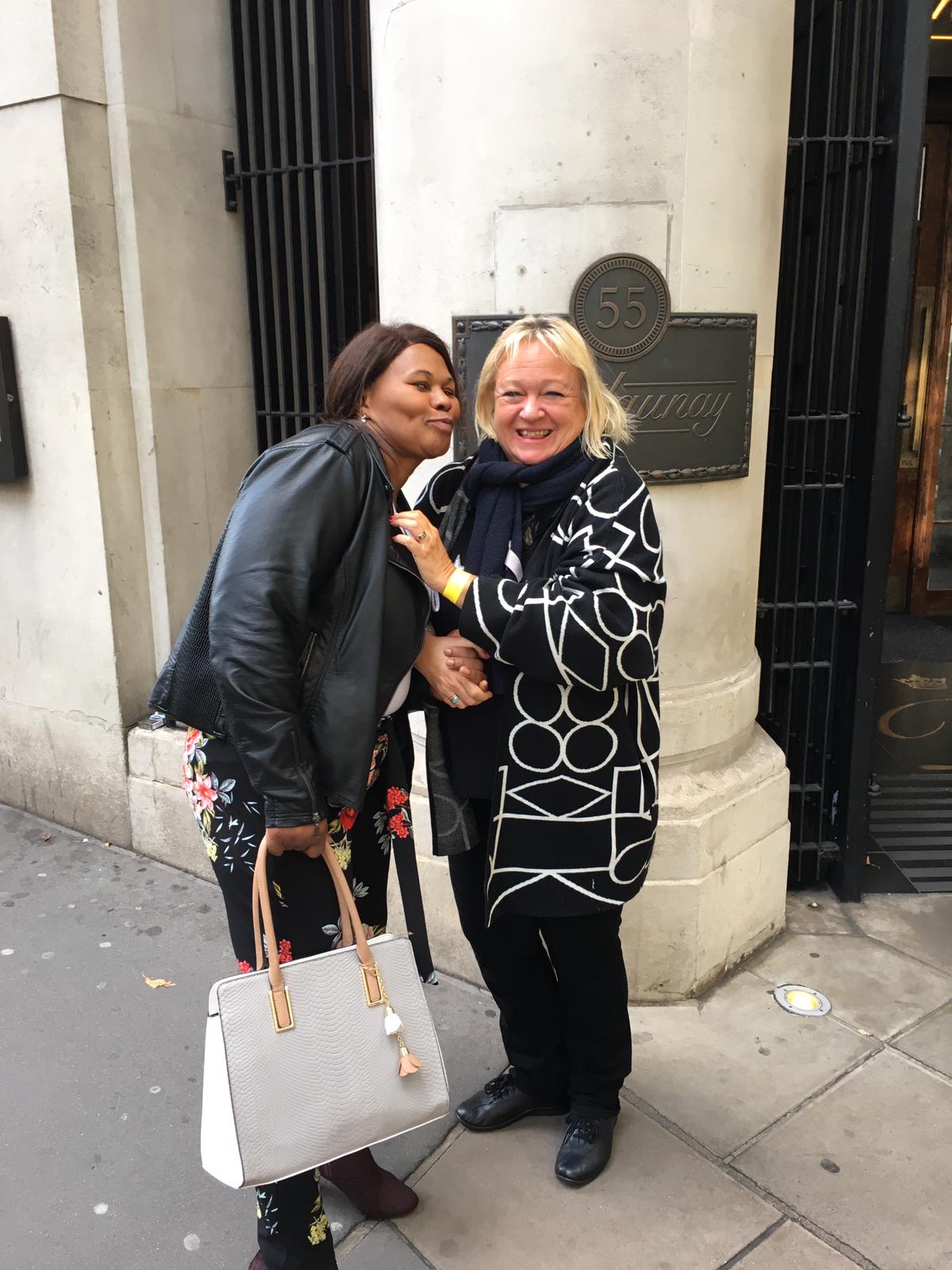 In early April two women, over 8,000 miles away from one another, sat at home in lockdown creating art. One woman, Valencia (or Nolu to her friends) beaded in Cape Town, South Africa. The other, Lisa (CC to Nolu), painted in Windsor, England. The two took a break from their work to exchange messages on WhatsApp, sharing their surprise at how coronavirus had changed their separate worlds.

When Nolu was just four years old her parents sent her to live with her grandmother in the Eastern Cape. At seven, her grandmother passed away, and she returned to Gugulethu, Cape Town. In Gugulethu, she had to restart her education since the standards of teaching at her first school had been so poor. Just eight years later, at fifteen, she fell pregnant. In anger, her parents kept her out of school for two years, and when she finally returned, she found herself pregnant again soon after, failing the year as a result.

Instead of finishing her schooling, Nolu married the father and went on to have another child. The relationship with her husband was abusive and hard to cope with, but she stayed until her children were fully grown – 16 painful years. As adults, her children began to understand the abuse their mother was subjected to and begged her to leave. Nolu made the heart-wrenching decision to leave her children and move back into her mother’s house for her own safety.

Despite finally being free of her abusive relationship, this was the hardest point of Nolu’s life. One of her closest relatives, Mandisa Masina, encouraged her to find a new skill and trained her in beading so she could become financially independent. Nolu left her job at the butchers and began working for a beading studio.

“I’m a dedicated beadwork artist and love the work I do reinterpreting actual paintings made by fine artists into beaded panels.” – Nolu

Soon after, Nolu heard her husband had been shot by the African National Congress (ANC) and passed away. She was able to return to her house, fix it up with the money she had earnt from beading, and live with her children once more. Nolu still lives in Crossroads, South Africa’s biggest township, and supports her daughter and granddaughter. It is the first time in her life she feels completely happy.

A chance encounter in London

In October 2019, Nolu, who had never before been abroad, travelled to London to show her work at 154 African Contemporary Art exhibition at Somerset House, where she met Lisa Todd. The two immediately hit it off, and Lisa invited Nolu to her home in Windsor for dinner. Nolu was amazed by the street of Georgian houses next to Windsor Castle. They later visited London together, where Nolu tried British food for the first time, enjoying a roast dinner and apple crumble with custard and visited the Chanel store, where Lisa bought Nolu a lipstick.

“I feel like I have gained a sister. She not only showed interest in our work, but she provided food on our table by bringing us work in South Africa” – Nolu

The two have kept in contact since, finding common ground as mother’s and artists, despite their different lives. In lockdown, Nolu’s daughter reached out to tell Lisa that Nolu had coronavirus, and shortly after also found a lump in her breast. Nolu was diagnosed with breast cancer and is currently undergoing chemotherapy.

During the South Africa lockdown, Nolu had been unable to earn any money. These health concerns came at a very difficult time. Lisa couldn’t stand to see her friend suffer any further, so the two worked out a plan. Nolu is currently beading Lisa’s paintings throughout her treatment: she is on her third painting from the series “It’s a jungle out there”.

Lisa and Nolu are hoping to host an exhibition of their work next year in London. Please contact Lisa for details.