The lions of Windsor and the importance of public art 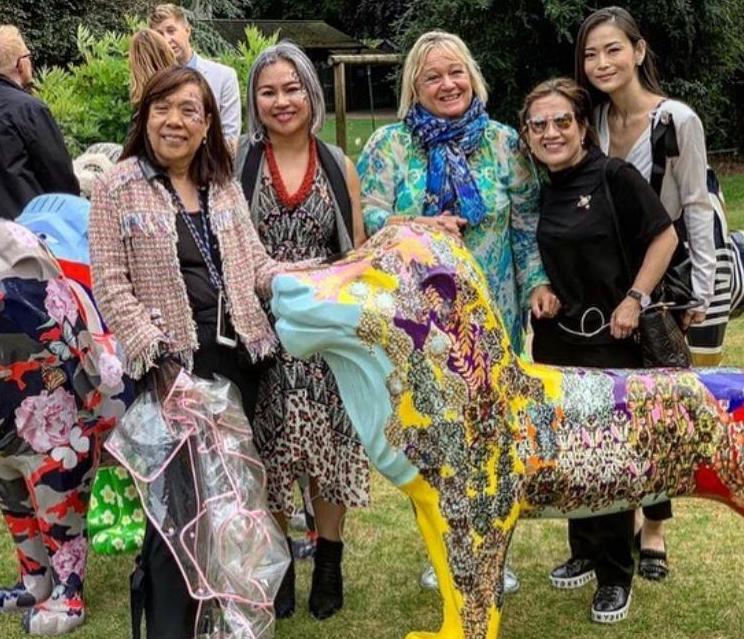 This year the pandemic closed galleries, museums, theatres and other creative hubs in one foul swoop. Access to art was confined to viewing through screens and virtual tours: the importance of public art had never been clearer.

In 2019, Lisa Todd was the creative director and curator of the Lions of Windsor and Maidenhead sculpture trail. Lisa wanted to create a project that brought both the artists and public together, something that was fun, creative and spectacular. She commissioned the original lion sculptures from the sculptor Alan Dun, from which the 47 fibreglass versions were made for the artists to decorate.

Lisa reached out to a range of wonderful artists and creatives who came together to raise money for Thames Hospice, Lions Club of Windsor, cancer charity Look Good Feel Better and wildlife charity Tusk. The lions were displayed around Windsor from World Lion Day (10th August 2019) until 31st October. The sculpture trail was completely free to enjoy and a wonderful initiative made possible by the generosity and creativity of the many artists and their sponsors who collaborated on the project.

Lisa was connected with Zandra through her close friend and award winning jewellery designer Annie Sherburne. Annie couldn’t be involved herself, as she had a one-woman show coming up, but she got Zandra onboard who became the first lion artist. She created Mr Wiggles who was painted in Zandra’s famous hot pink with her trademark black wiggles all over him.

The King and I

Zandra told her best friend, the gentle giant Andrew Logan of Alternative Miss World fame, and he too wanted to be involved. He created The King and I complete with a statement Logan handmade glass crown.

Artists came together from all over the world too: Craig Wheatley is a British designer and illustrator who studied at the Royal College of Art, before moving to Paris to join Christian Lacroix. He worked there for eighteen years, impressively becoming studio head. The logistics of getting Craig over from Paris weren’t simple, but he soon succumbed and spent two champagne and laughter filled weeks in Windsor with Lisa, whilst also creating his lion.

Lisa had been a fan of Rose Hill Designs pet cards for years, having ordered a special British Shorthair card for her daughter’s birthday some time before. Rose was thrilled at the idea of adding a lion to her repertoire and came to Windsor to create her stunning beast in her trademark black, white and gold geometric patterns.

Alan Howland and Lioness Is More

Lisa was introduced to the artist and great-great-granddaughter of the famous French impressionist Camille Pissarro, Lyora, by her friends at Windsor Castle Canon, Mark Powell and his wife Helen. After several international phone calls to Brooklyn-based Lyora, she agreed to paint a lion. When her mother, the artist Leila Pissarro saw her lion, she asked to do one too. Both lion designs focus on the beauty of the natural world and were displayed together.

When the restaurant group Thai Square sponsored a lion they said they had their own artist.

Having no idea who this person was Liv set out to the local hotel to meet her; the mysterious artist had flown in from Bangkok with her entourage of young artists to help cover her lion in decoupage and hundreds of jewels. After a fascinating evening at their cottage the Todd family learnt the ‘artist’ was in fact a Princess and jeweller to the Thai Royal family! After many shared meals Rojanatorn Na Songkhla (Candy for short) and Lisa became good friends, featuring in Thailand Tatler and Hello Thailand together.

As an international project, Lisa brought artists from all corners of the world together to create the lions. Dystonia is an isolating condition that often means events and socialising have to be missed out on, but many of the artists came to the Todd household for dinners and left with new friends and a creative network that expands across the globe.

The project united far too many incredible artists to mention in one post; stay tuned for chapter 2 on the blog next week!